(Feb.) Built and displayed some prototypes at the International cycle show in New York.

They were welded and fully heat treated construction

eventually ending with only Gary Klein carrying the business on.

Custom frames were built and sold for over $2000

These models were custom built per order

or a roller cam brake.

Elite Trail was used to win the 1st place at one of the 1986 NORBA races.

Paramount Picture had rights to the names so the name ‘Rascal’ was adopted.

The Rascal MTB, a simpler approach to a race bike was introduced

with thinner tubing, the main difference was the 1" head tube instead

of the Klein oversize headset.

since the introduction of oversize Aluminum tubing.

instead of a box crown Cro-Moly fork.

Trek Bicycles takes over the company. 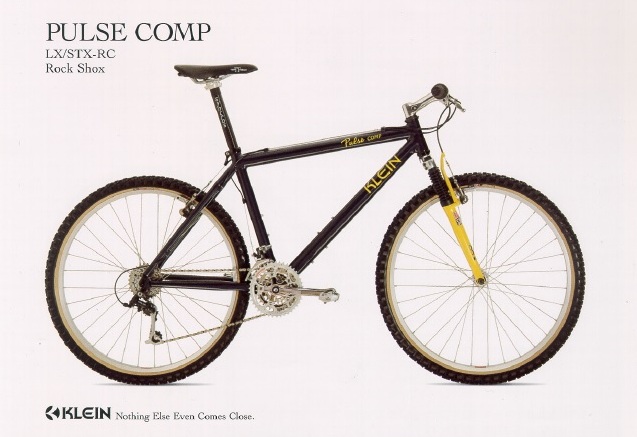 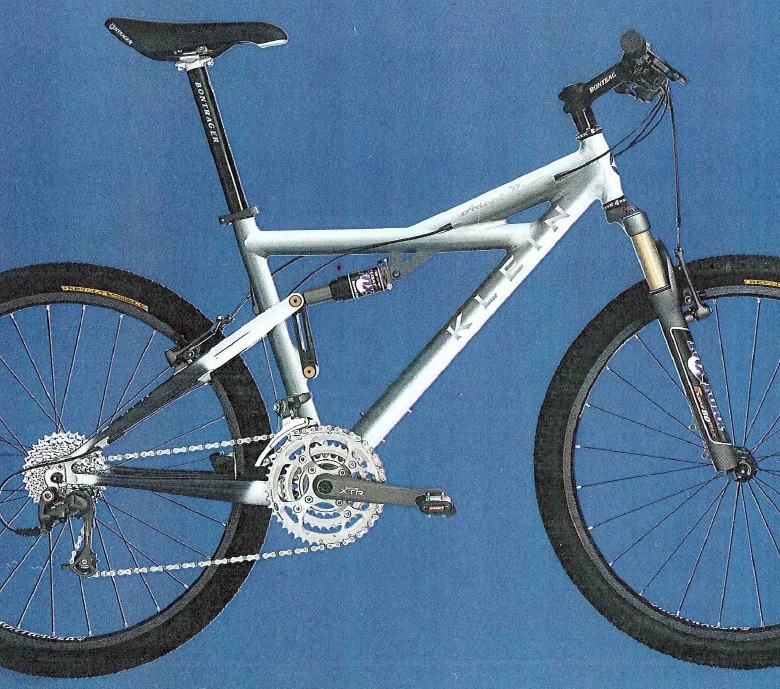 Mountainbikes - Every model is fully disc brake ready, so upgrading to

all-weather stoppage is simple and easy.

The Reve 2005 introduced, the technology is simple, the innovation is imaginative,

exactly what you would expect from Klein.

With the Klein Reve you finally get true comfort in a performance road bike.

Last Klein models produced by Trek, they were sold in Japan until the last.